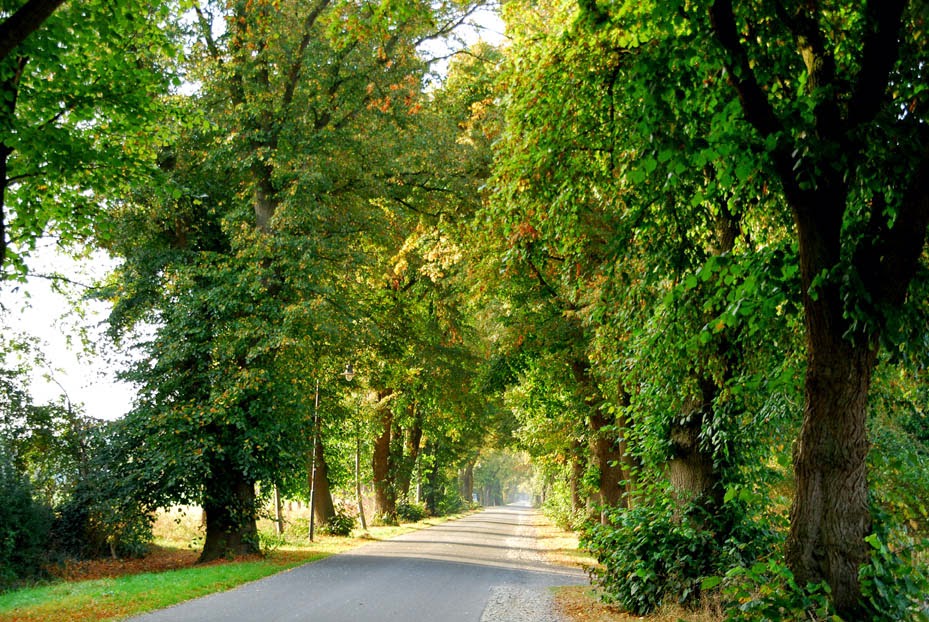 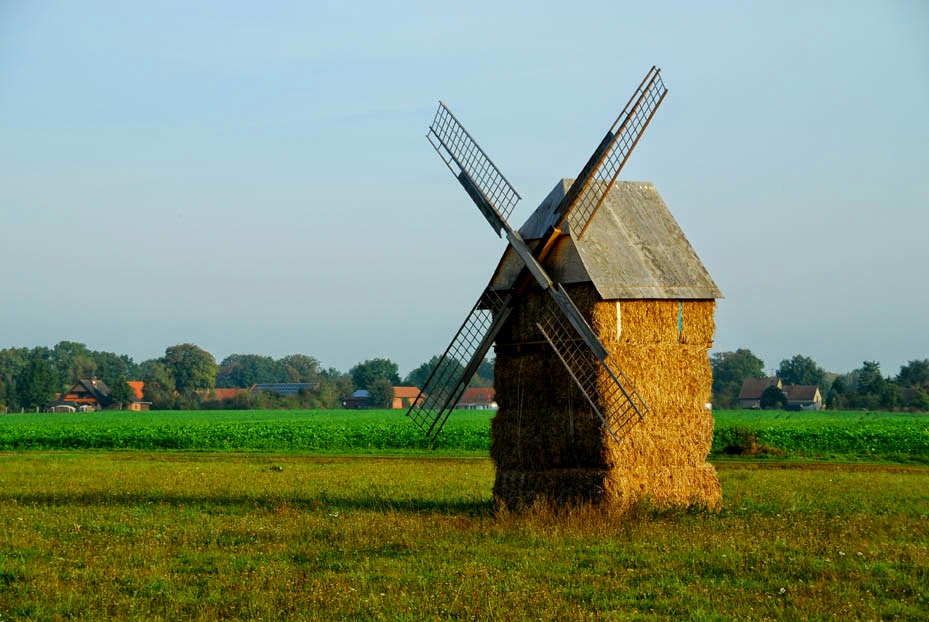 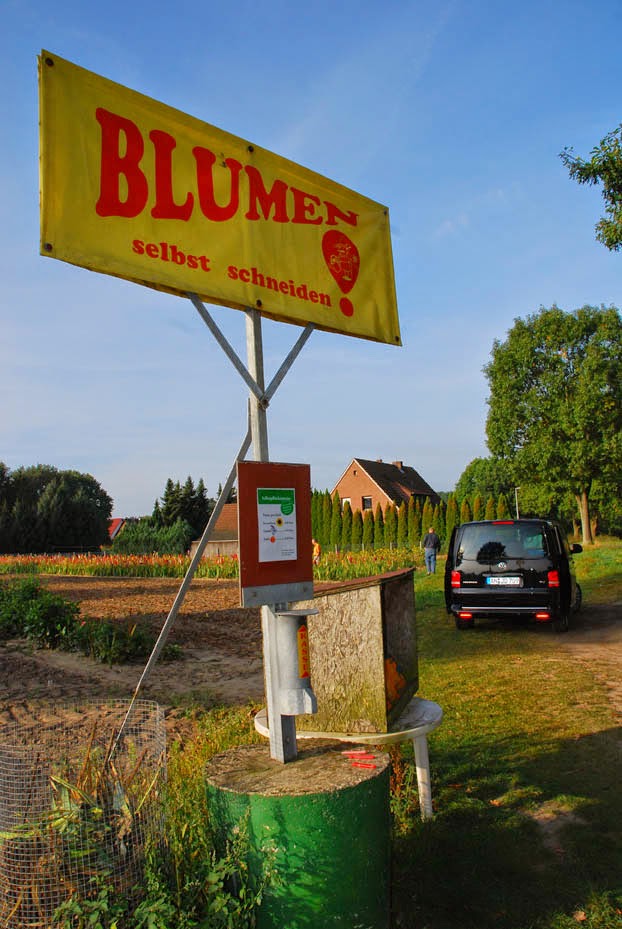 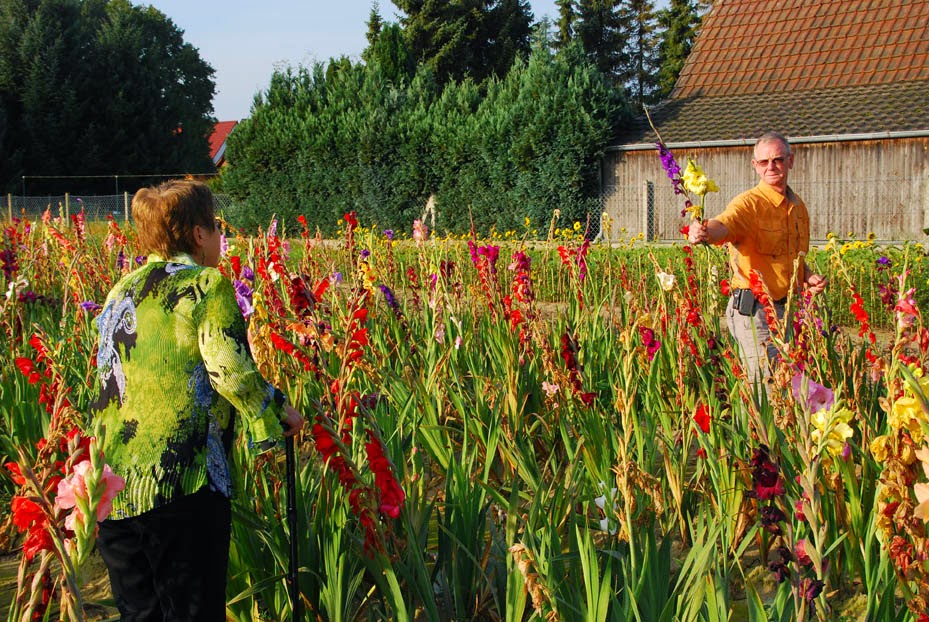 Best not to show up without a small gift for the lady of the house. We found a 'pick your own' flower patch and Lou, Cindy and Del put together a nice bouquet. 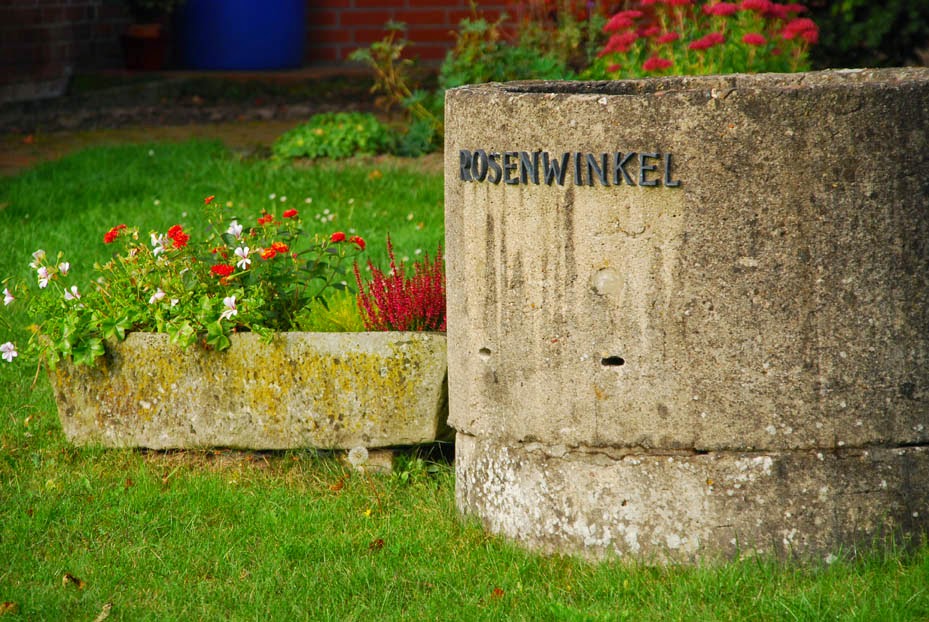 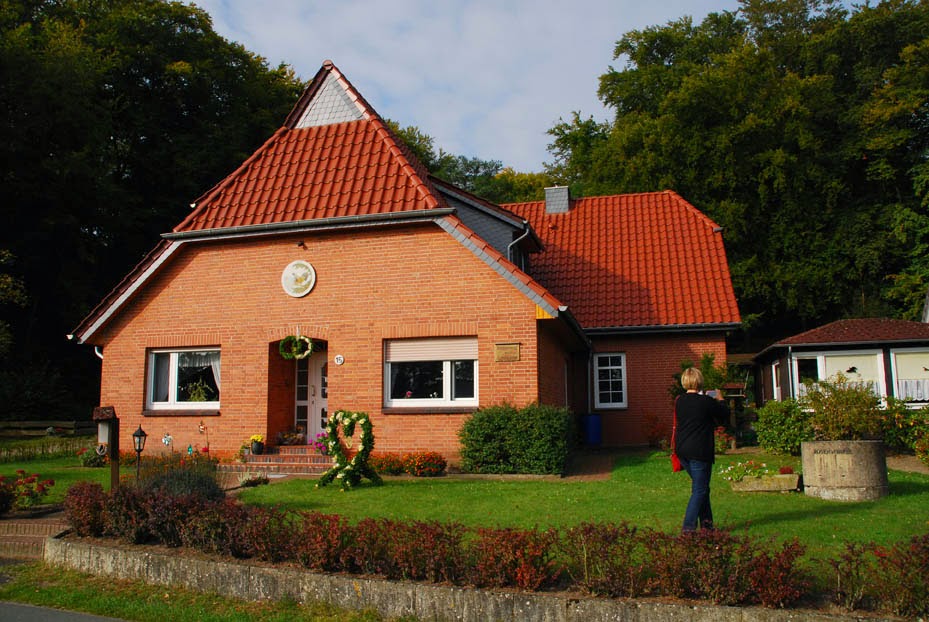 The Rosenwinkel home dates back to at least 1767 although it has been rebuilt in the meantime. Cindy photographs the well. 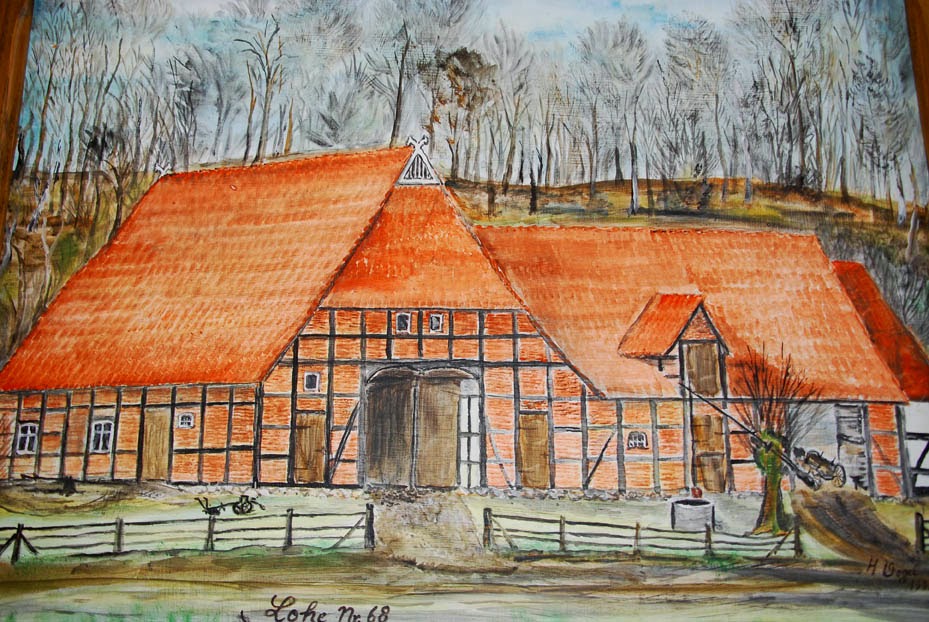 This painting was done before 1931, when Marklohe was still called by its old name of 'Lohe.' The painting shows the house and barn before the modifications. 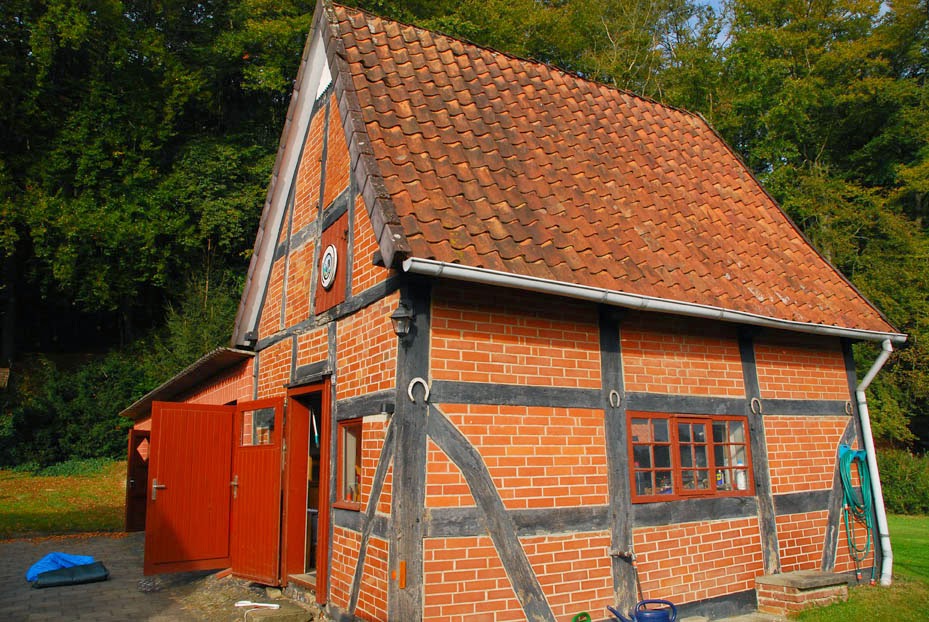 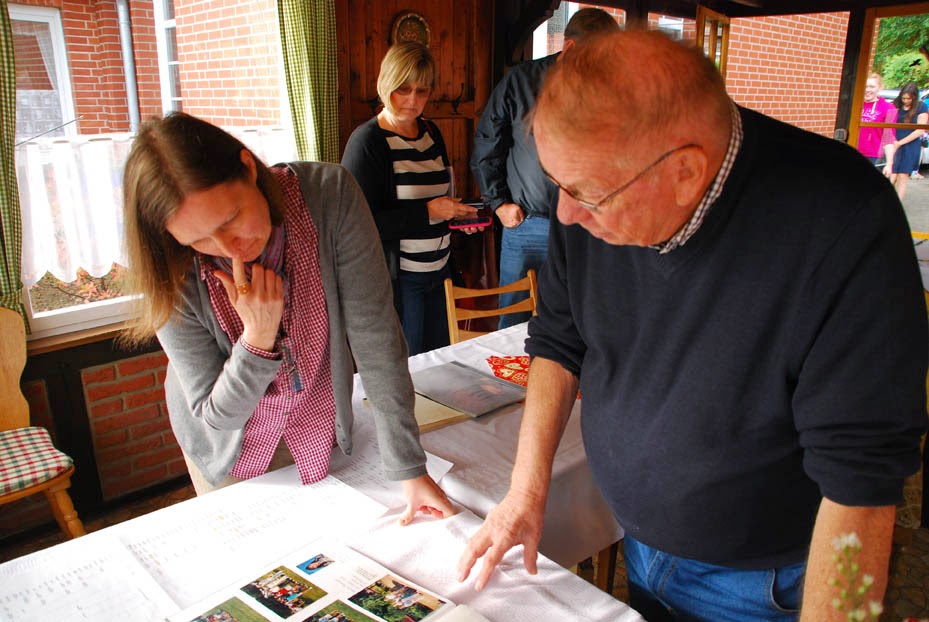 Marv Rosen goes over family photos and genealogy with a relative in the party house of the Rosenwinkels. A 50th anniversary celebration had just ended. Above and to the right, the old bakehouse for the farm. 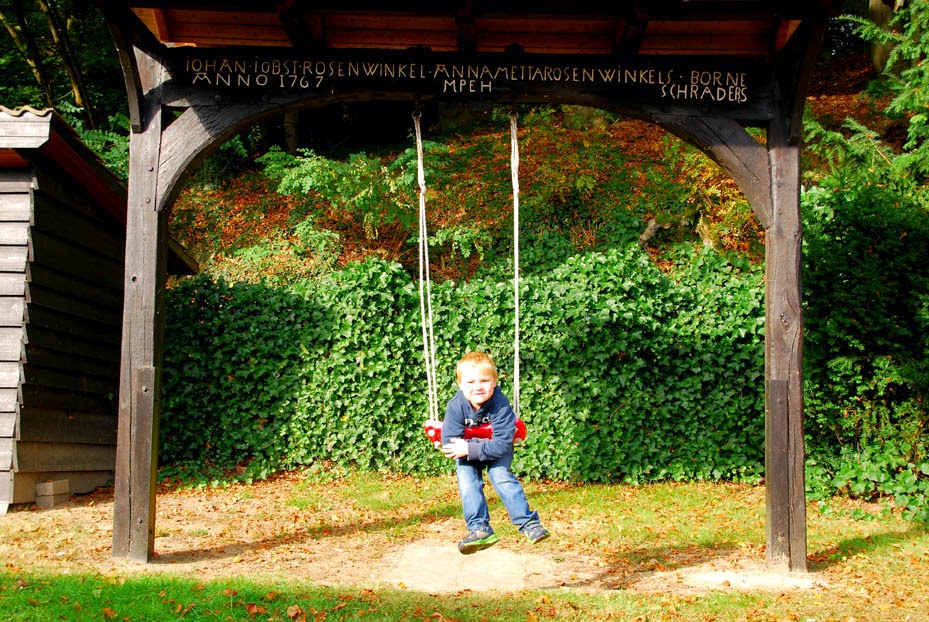 This wooden arch used to be above the main barn entrance. It is dated 1767. 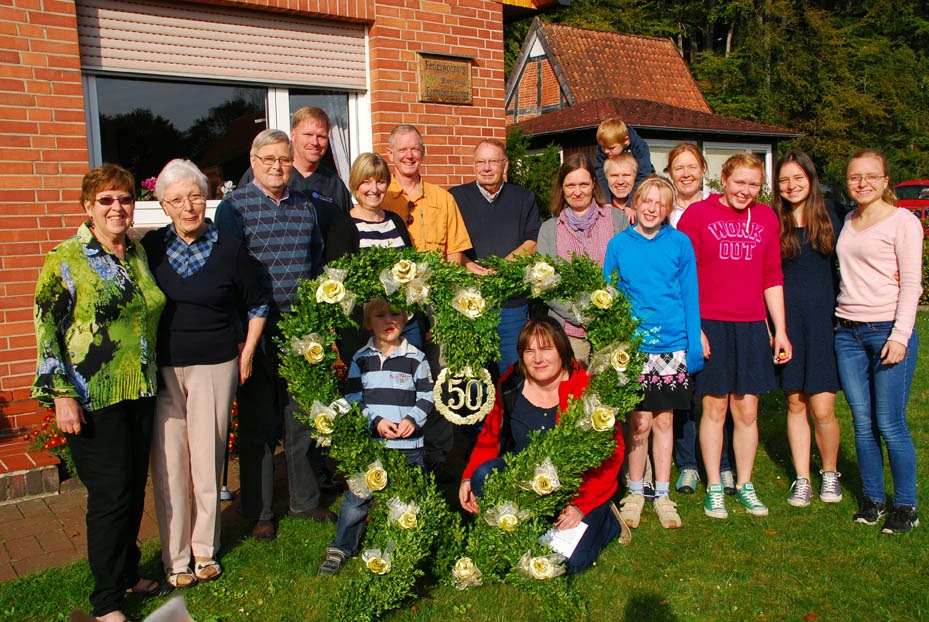 Family photo. People were just about to scatter back home after the weekend celebrating Herr and Frau Rosenwinkel's 50th anniversary. They are pictured next to Lou and Mike. 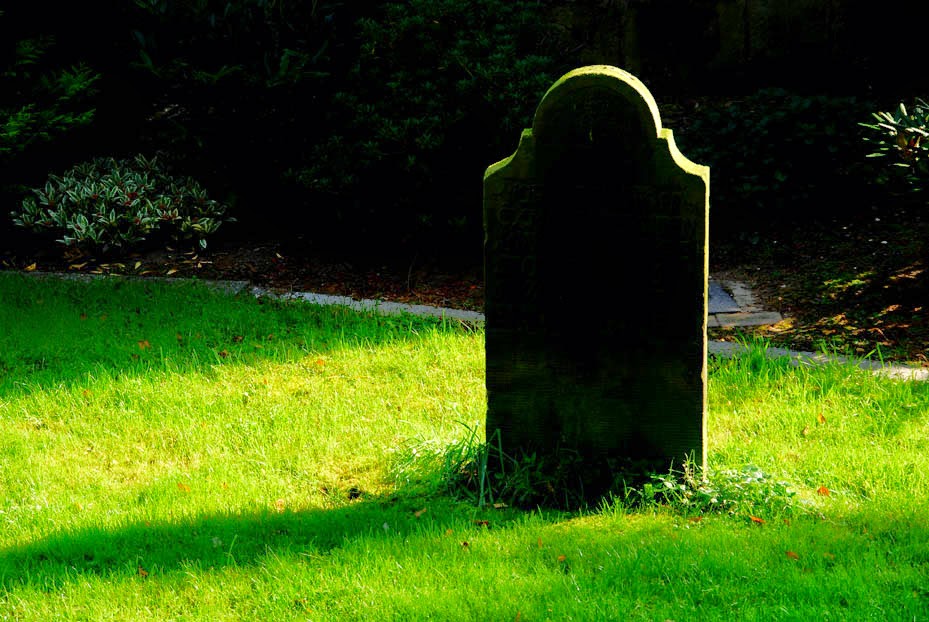 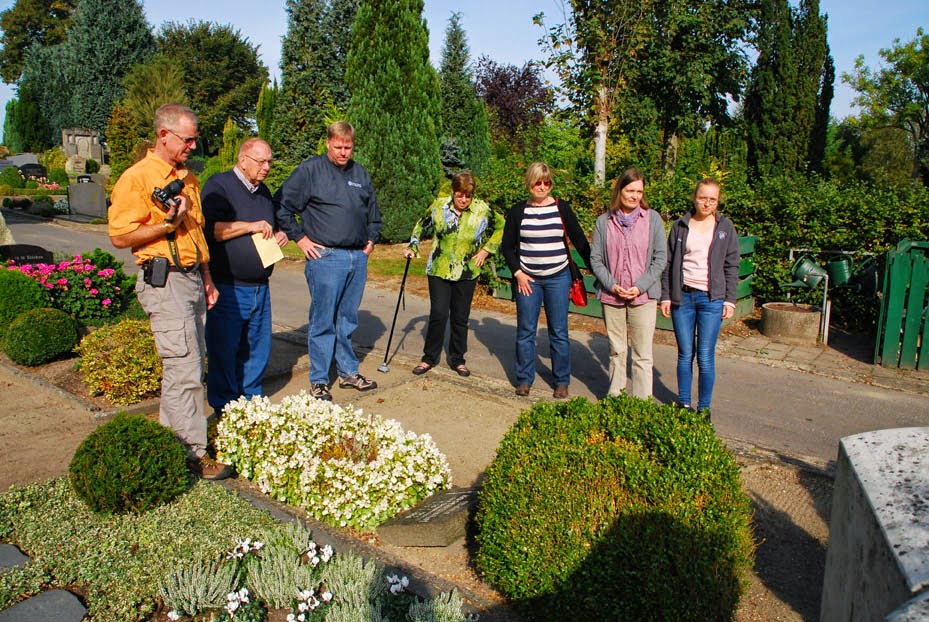 Visiting a family grave in the cemetery 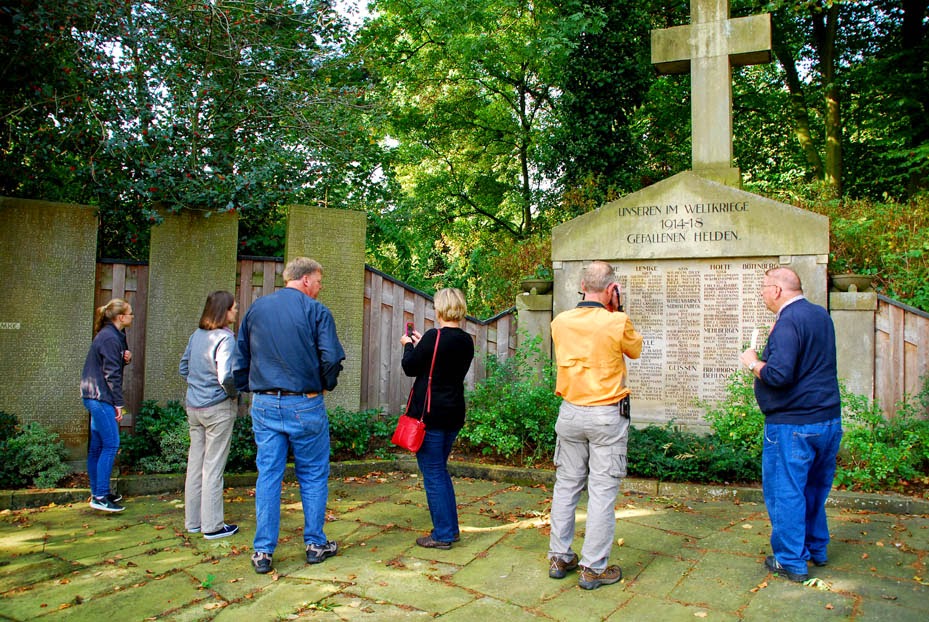 The World War I and II memorial near the church of St. Clement 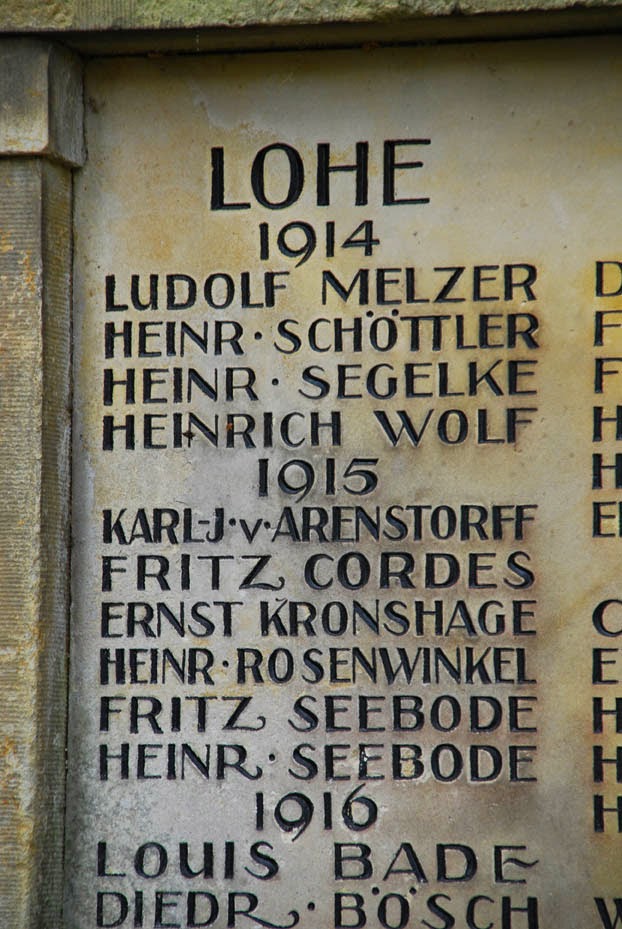 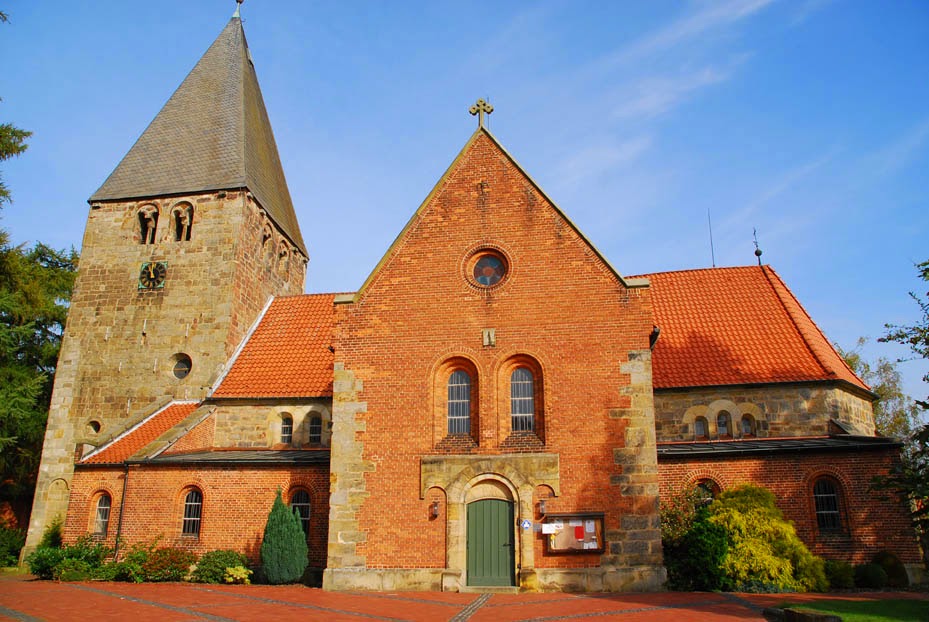 St. Clements Church was built in the 1200s. It is now Evangelical Lutheran-Reformed. 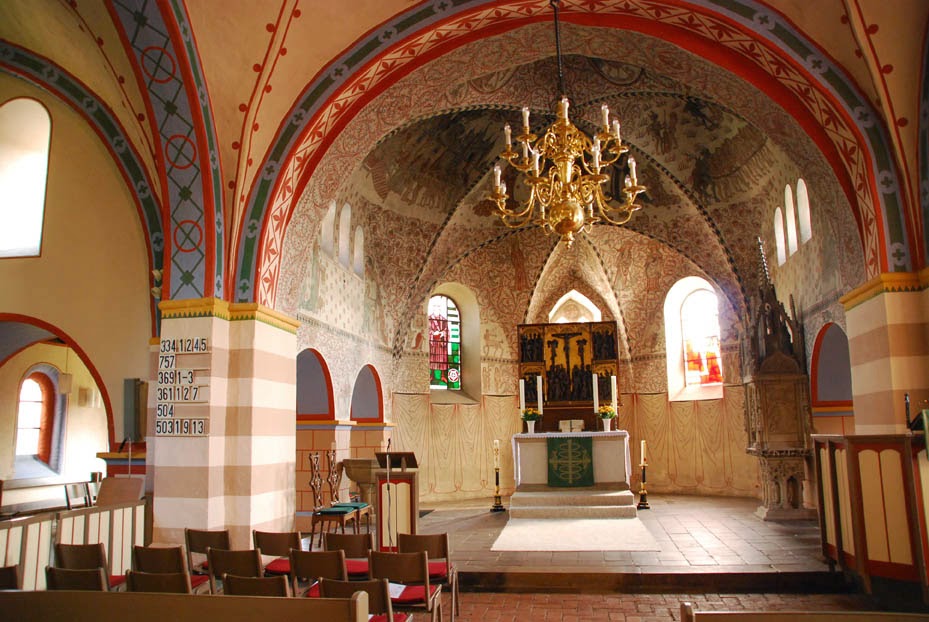 The front of the church. Magnificent paintings cover most of the
walls and ceiling. Those were covered up during the iconoclastic movement
connected with the Reformation and only recently rediscovered. 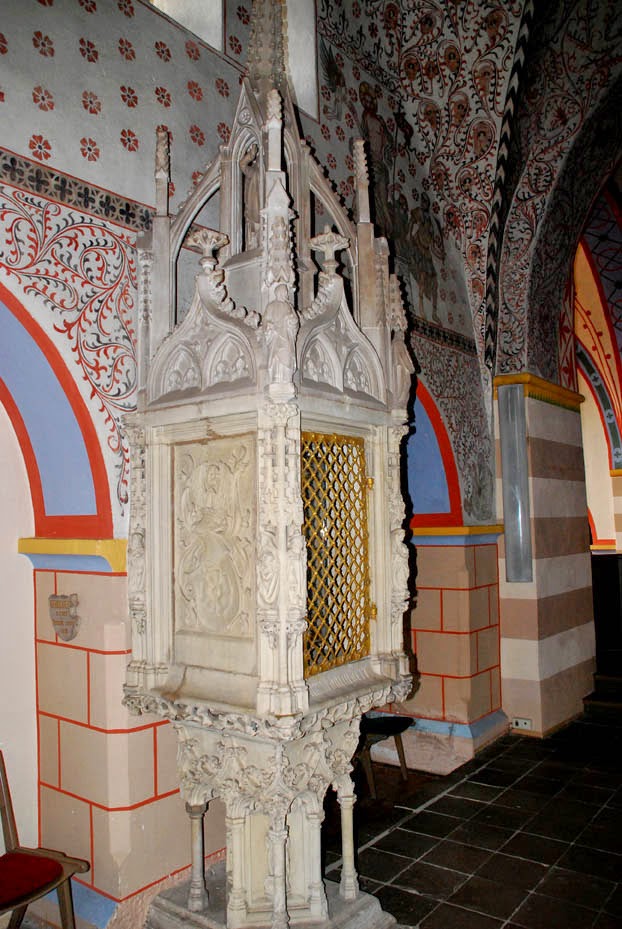 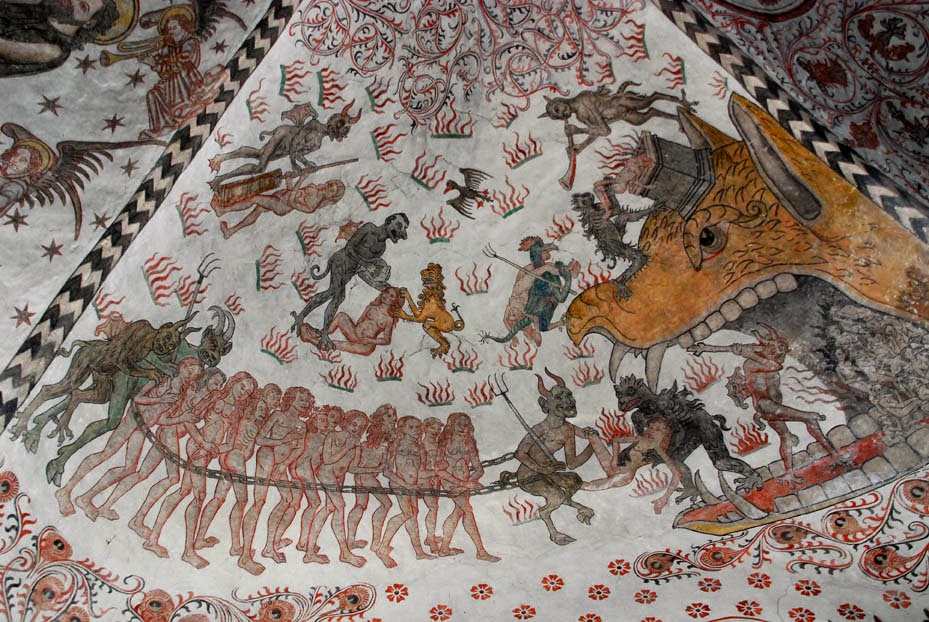 The way to Hades, guaranteed to scare someone into behaving properly. This is on the ceiling in the altar area. 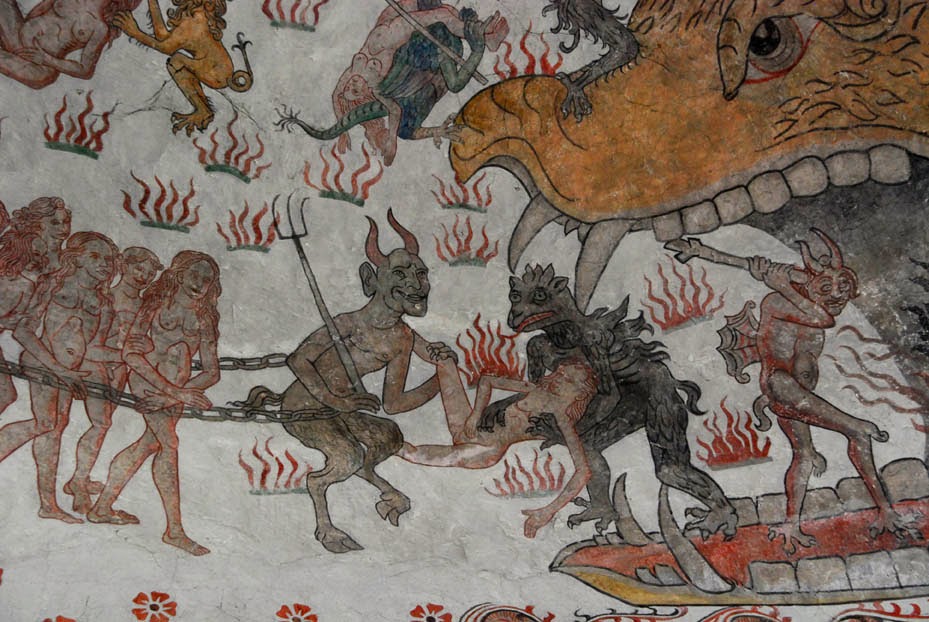 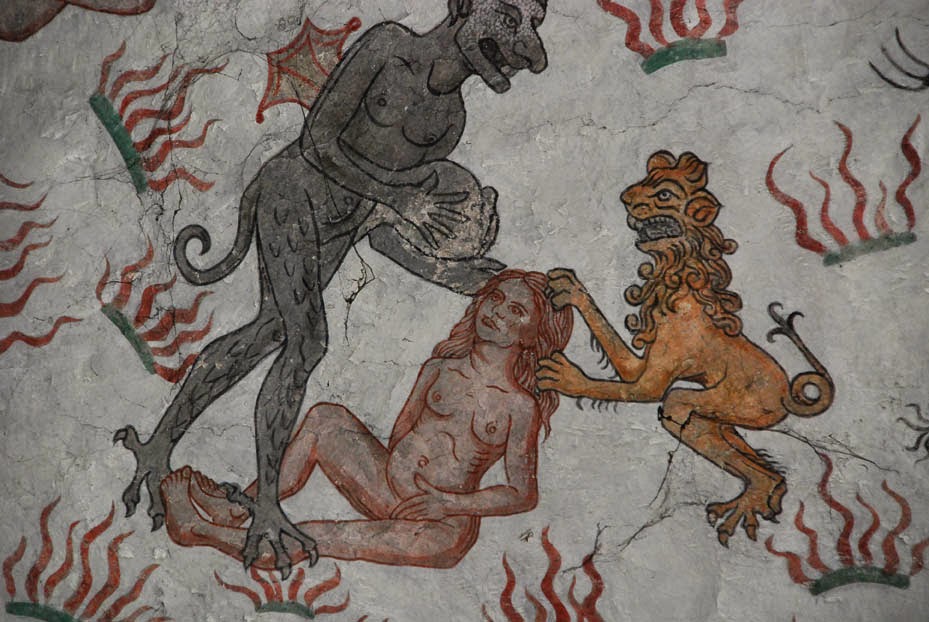 The sin of pride 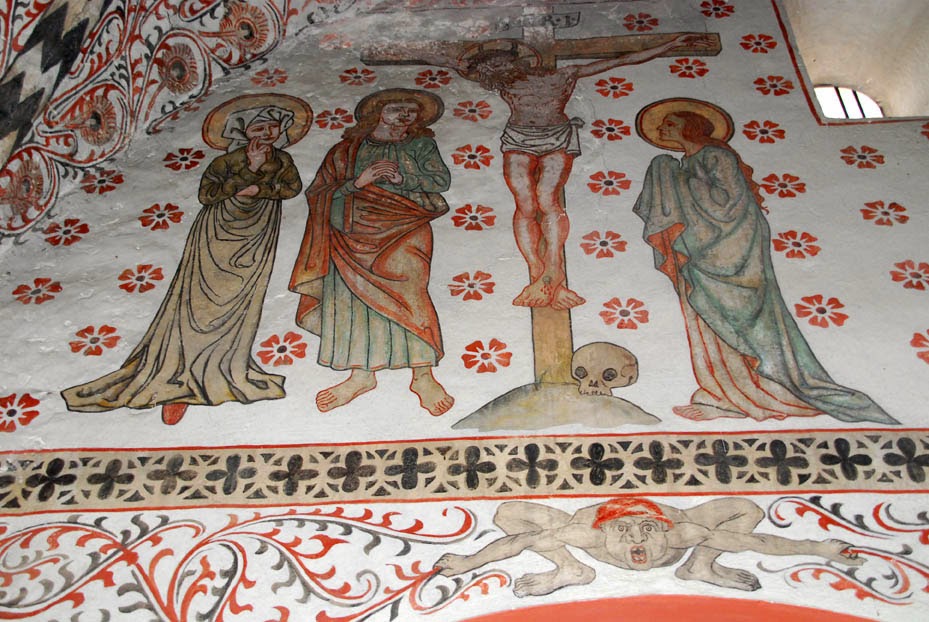 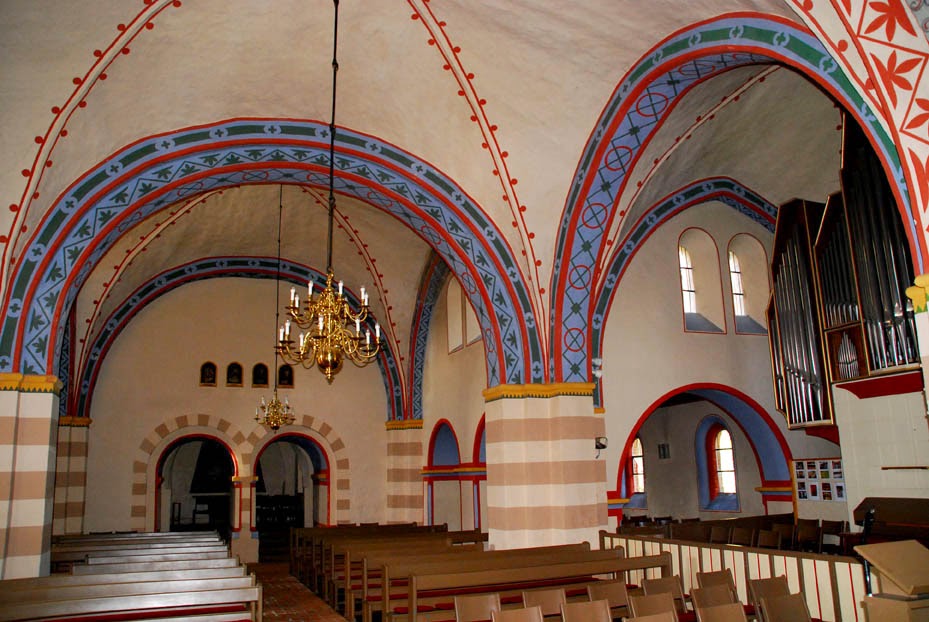 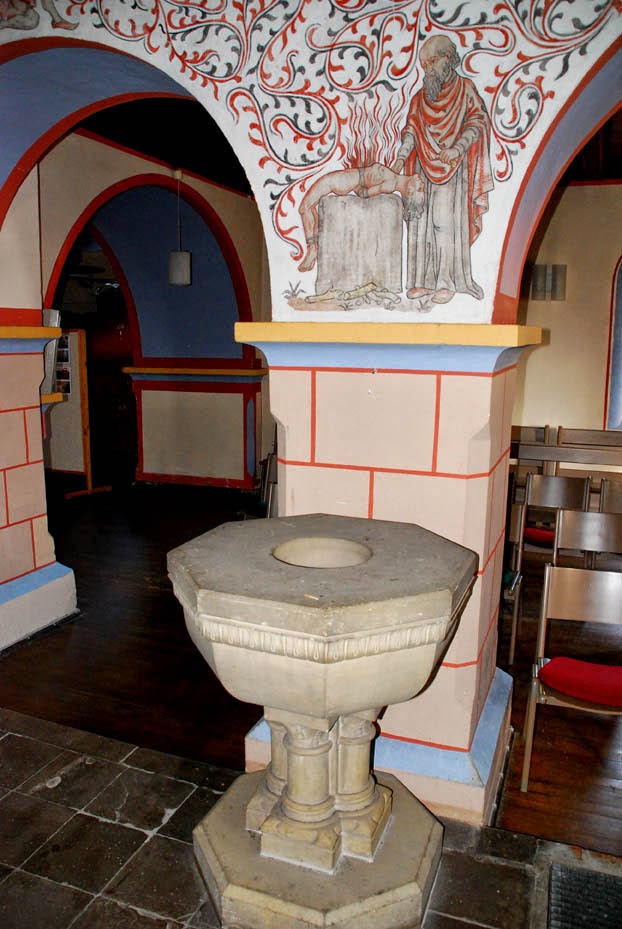 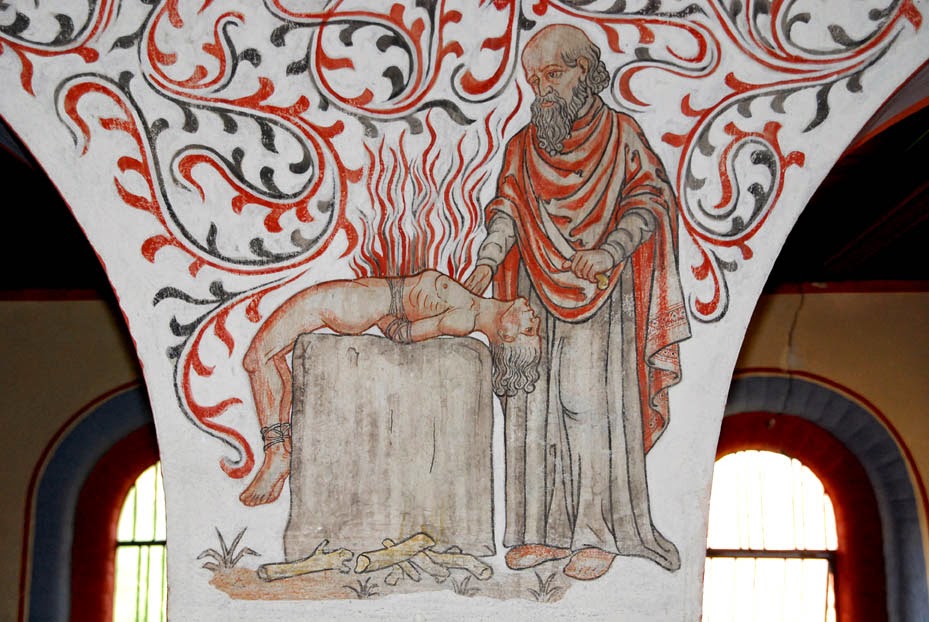 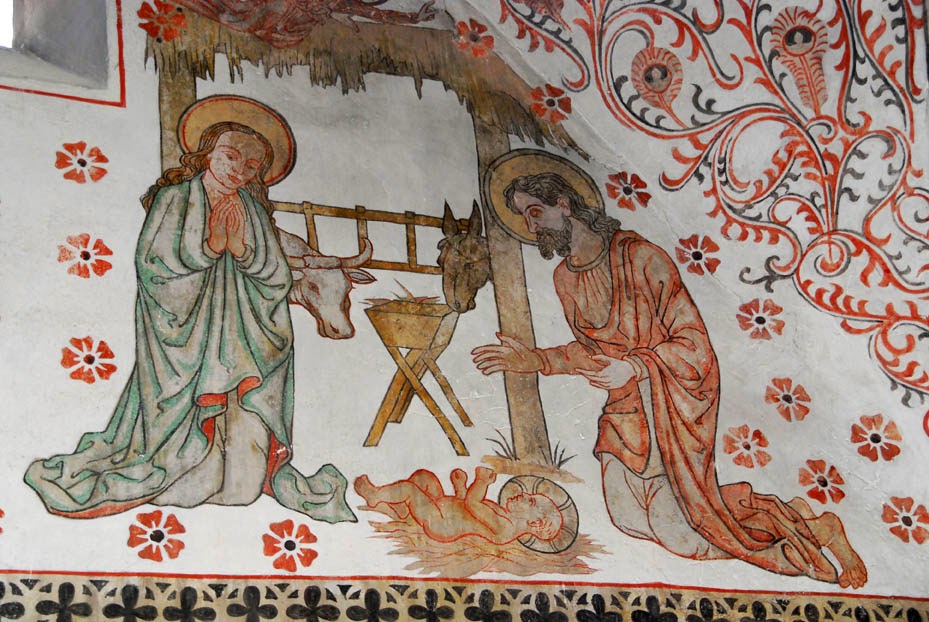 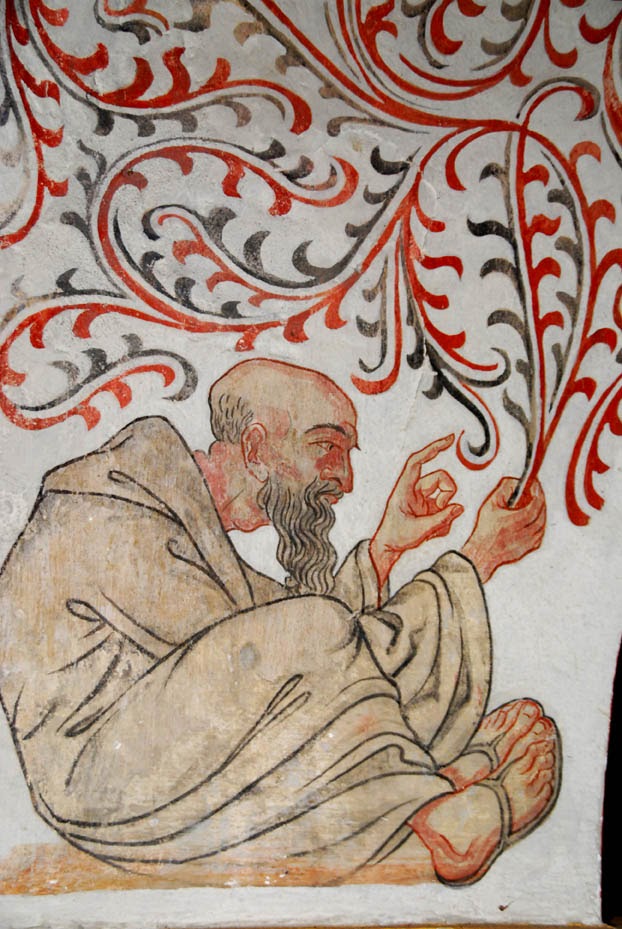 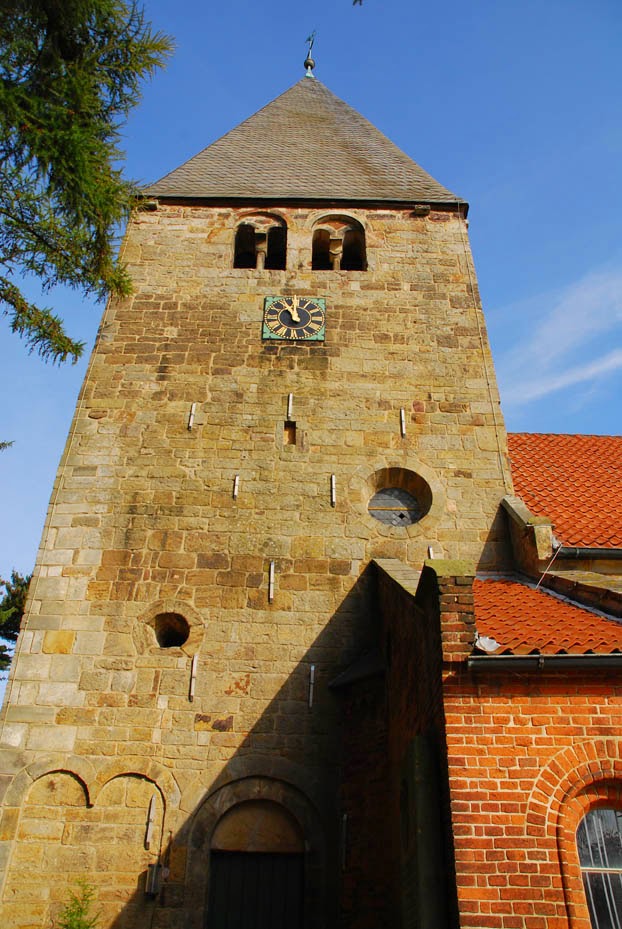 The tower of the church is the oldest part and dates back to the 1100s
when it was used as a defensive tower in times of attack or danger.

Photos taken by James Derheim, owner of European Focus Private Tours and the guide and driver for the trip which took place from September 22 to 30, 2014. The visit to Marklohe was on
September 28.